What do you mean by Outlining or better yet pantsing?

Whether you choose to outline or not it all depends on different factors.

But first, let me explain:

What is outlining and what is pantsing in writing? Although, there are other forms of organizing your story or drafting if you will, outlining and pantsing are the two that I will discuss and which are widely used. 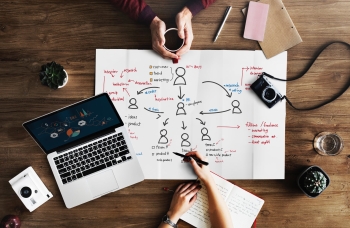 Outlining is gathering all your sources, research, and supplies to prep before you write. You have bullet points for all characteristics and background about all your characters, even the ones with small roles to give them life regardless, if they’ll appear in 2-3 chapters. This helps you as the author get to personally know each and every character. For me this helped greatly as it was so much easier to talk about my characters to others. This helps you to know anything from their favorite color down to their innermost secrets.

Pantsing or writing by the seat of your pants refers to light drafting. Is mostly writing your story and coming up with scenes/plots as you write. There is minor planning and drafting. You have the gist of the big picture the plot as a whole. But you as the author don’t know what are the minute details of each scene before they are played out (or better yet written). You go with the flow and ideas flourish as you write. Your characters are fleshed out per scene instead of ahead of time. 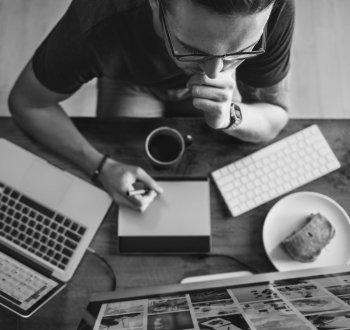 For my first book The Scarlet Romance I pantsed my way through I did a light outline and kept writing. I thought I was outlining until I got to the sagging muddled middle. I took a break from writing for a few days to think about the climax and then outlined it better. In The Scarlet Romance I focused a lot on world building and giving the readers an immersed sense of where they are as they read.

For my second book soon to be released Guilty Photographs I outlined every character. Everyone had a back story, physical description, a tick, a quirk, an annoyance, anything that makes a human, a human was in my outline. The places in my first book was better fleshed out because in this book I was character driven instead of world building. I wanted my readers to connect with my characters to create a bond between the readers and characters.

I also realized that I’m by far better at outlining than pantsing. For me I felt as if the better I knew about the characters the better prepared I was for the story itself. It’s not to say that I did not pants while writing since the ideas that occurred to me while writing were itsy bitsy details that I didn’t think about while I was outlining.

PANTSING VS OUTLINING WHICH TO PICK

It depends on you. However during the editing phase (especially after you get it back from beta readers or a professional editor) a lot of outlining comes back with a hard dose of pantsing.

I can’t really say if any genre works best for which form of writing that you prefer (pantsing or outlining) because it depends on you as a writer. So, in my opinion you can start off with one or the other but end up using both as you write.

I started pantsing with The Scarlet Romance and then ended with outlining.

With Guilty Romance I started outlining and after I got my critiques from betas and editor I did light outlining and then pantsed throughout.

I hope I answered the question let me know in the comments your preference and why it works for you.

And as always happy writing!

Welcome S.I. Taylor is a newly self-published author. She’s from Venezuela and currently resides in Florida with her family. She has a full-time job in law enforcement and is also in the Navy reserves and was recently deployed. She loved the experience, the travel, and the people she'd encountered. She loves the outdoors, working out, spending time with her family and friends, writing, traveling and staying busy. Her writing inspiration comes from anywhere and everywhere. Her mind thinks of ideas a mile a second so she’s constantly writing something or dictating it to herself. TSR is available in Kobo, iBooks, and Amazon. It's available in hardback, paperback, and ebook. The audiobook is available now in Audible. It also be available in a public library near you. Just ask your library for the book and they will stock it for you. Follow her on social media as sitaylorwrites and witness how her literary mind wanders onto her pages.

My Tweets
Follow A Journey to My Literary World on WordPress.com

Guilty Photographs got a positive review on @onlinebookclub its off to a good start. 😃 #guiltyphotographs #sitaylorwrites #thrillerwriting #thrillerbookslover #thrillerbookreview #indieauthorsrock
No caption needed. @glowrxskin thanks for sharing.
I took a break from fantasy writing and delved into the thriller genre with my new book. I’m so excited. I present to you Guilty Photographs coming soon. #amfinishedwritingmybook #thrillerbooks #authorlife #whattodowithmytime #promotemybook #womenwhowrites #womenempowerment #womenbookclub #womenprotagonists #strongfemalecharacter #strongfemalelead #guiltyphotographs
Practice what you preach or rather what you wrote. #writerscommunity #writing #authorssupportingauthors #authorslife #happythanksgivng
Damn that editing phase. When you think everything you wrote was brilliant there goes that pesky editing session making you doubt about your fantasy world. #amwriting #ameditingfantasy #ameditinglikeaboss #thestruggleisreal #authormemes
You can’t go wrong with starting your novel with Once upon a time. Best seller for sure. Obviously, this is the start of a great epic short story. Oh wait a minute that’s #thestoryofmylife . . . . . #authormemes #funnywritingquotes #writingcommunity #writingbreak #winelover #writingwithwine