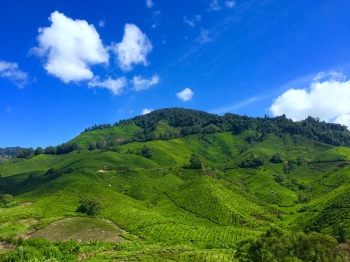 These are some world building hell no you should not do

Do not include information that is not relevant to the story. If your entire first 5-10 pages involves a detailed explanation about the intricacies of the irrigations system, government, buildings, the number of trees or homes, how the texture of the soil feels, or spelling out how the language of your world looks like and how to pronounce it when you’re going to write your story in English then that’s way too much information. Your readers don’t need to know all of that. That shit is boring (well to me anyway). The purpose of world building is so that the reader can get a general idea of what is your world like without having to know in detail how every building or living thing was made. Solution: Write scenes in which your characters interact and casually insert important information about what you want the readers to know. The reader can learn about the world by reading the story itself.

Don’t pay too much attention to places where your characters will only spend a chapter in or maybe 3 sentences in and then they travel to another location. If your characters are not returning to this area any time soon then a brief description of what they encounter and what they see is fine to write.

Don’t create a world with many kingdoms, societies, religions, customs, cultures, detailing every aspect of them only to have your characters stay in one location. This is wasted time that you could’ve spent on writing the actual plot. Solution: The best thing to do is just focus on the places where your characters will travel to when they encounter that place in your story.

Since we don’t have magic in the real world then this will be a good time to explain or show how magic is unique in your world or how it works. Stating that there is magic in your world but everyone goes about their daily activity and then it conveniently appears is weird and readers would be confused. Solution: Keep your storyline consistent. Show or tell readers how magic is used through an example or a scene interaction.

Is magic the norm in your world or only certain people have this ability? If everyone has powers then famine or drought suddenly killing or destroying your world would be unrealistic since readers would be questioning why couldn’t they use their powers to revive the crops or avoid the death of many? Solution: Establish how people use their power. What are their limitations and expectations of their powers? What they can and can’t control? Who can use them how is it activated? Do they make symbols, do they scream, chant, or make movements with their hands?

4. Your citizens are not conformists

Everyone in your society will not agree with the form of government, its leaders, or the way things are run in your world. Therefore, you should have a variety of people with different views in your story. Not everyone is 100% good so add some controversy. The real world does not work in absolute. Solution: Involve different kinds of religions and practices.Have certain groups who oppose the government or trying to overthrow the government. Create diverse minds within your characters.

5. Your world should not only involve one race

Look around you. Do you live in a place where only one race exists? The real world has many cultures, races, ethnic backgrounds, socio/economic diversity so why not include it in your story. Solution: Research about the different races and cultures you want to include in your world and incorporate it into your story. Also, try to include different sexual orientation to appeal to other readers and to enlighten readers that are not aware of this as well. It makes your world believable and relatable to many readers when their race or culture is depicted in your world.

Let me know what other mishaps you’ve seen in world building in the comments.

Welcome S.I. Taylor is a newly self-published author. She’s from Venezuela and currently resides in Florida with her family. She has a full-time job in law enforcement and is also in the Navy reserves and was recently deployed. She loved the experience, the travel, and the people she'd encountered. She loves the outdoors, working out, spending time with her family and friends, writing, traveling and staying busy. Her writing inspiration comes from anywhere and everywhere. Her mind thinks of ideas a mile a second so she’s constantly writing something or dictating it to herself. TSR is available in Kobo, iBooks, and Amazon. It's available in hardback, paperback, and ebook. The audiobook is available now in Audible. It also be available in a public library near you. Just ask your library for the book and they will stock it for you. Follow her on social media as sitaylorwrites and witness how her literary mind wanders onto her pages.

My Tweets
Follow A Journey to My Literary World on WordPress.com

No caption needed. @glowrxskin thanks for sharing.
I took a break from fantasy writing and delved into the thriller genre with my new book. I’m so excited. I present to you Guilty Photographs coming soon. #amfinishedwritingmybook #thrillerbooks #authorlife #whattodowithmytime #promotemybook #womenwhowrites #womenempowerment #womenbookclub #womenprotagonists #strongfemalecharacter #strongfemalelead #guiltyphotographs
Practice what you preach or rather what you wrote. #writerscommunity #writing #authorssupportingauthors #authorslife #happythanksgivng
Damn that editing phase. When you think everything you wrote was brilliant there goes that pesky editing session making you doubt about your fantasy world. #amwriting #ameditingfantasy #ameditinglikeaboss #thestruggleisreal #authormemes
You can’t go wrong with starting your novel with Once upon a time. Best seller for sure. Obviously, this is the start of a great epic short story. Oh wait a minute that’s #thestoryofmylife . . . . . #authormemes #funnywritingquotes #writingcommunity #writingbreak #winelover #writingwithwine
If only I could live in my fantasy world for real 🤔 #amwriting #writersmemes #writermemes #fantasybooks